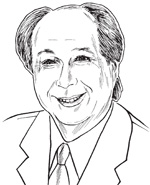 When Steven H. Lesnik originated the idea for KemperSports in 1978 while working for insurance giant Kemper Corporation to operate and manage the newly opened Kemper Lakes Golf Course in Kildeer, Ill., he couldn’t have imagined that 31 years later it would evolve into one the largest golf development and management corporations in the United States.

Mr. Lesnik and Mr. James Kemper, Jr., bought KemperSports from the Kemper Corporation in 1983 following Mr. Kemper’s retirement from the insurance business. Under Mr. Lesnik’s leadership as chairman, the company has grown to include more than 80 golf courses, of which, 14 facilities are located in Illinois.

A graduate of Brown University in Providence, R.I., Mr. Lesnik is committed to educational advancement. In 2000, he was confirmed by the Illinois Senate as a member of the Illinois Board of Higher Education. Mr. Lesnik has dedicated much of life to the education of youth in Illinois and America. He served as a National Trustee for the Boys and Girls Club of America and has been an accredited member of the Public Relations Society of America since 1973.

In 2001, Mr. Lesnik was awarded an honorary membership by the Illinois PGA for his long-time commitment and support. He was named the 2003 Illinois Board of Education’s Member of the Year and in 2005, was named to the Entrepreneurship Hall of Fame. He has been ranked by Golf Magazine among the “Most Powerful People in Golf”.