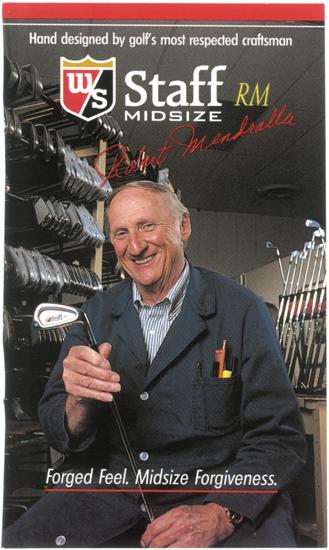 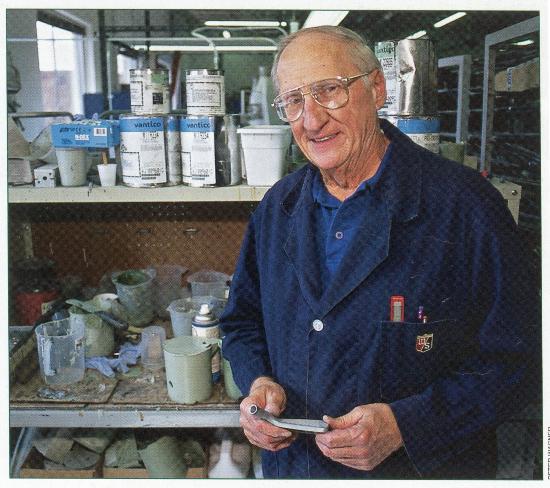 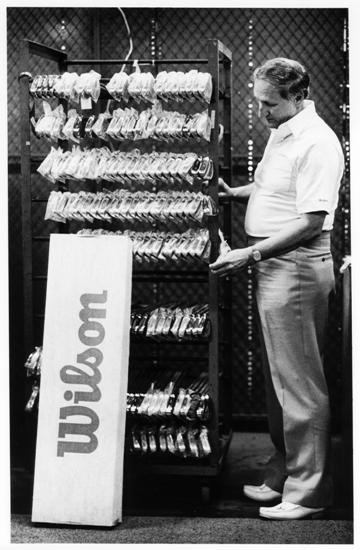 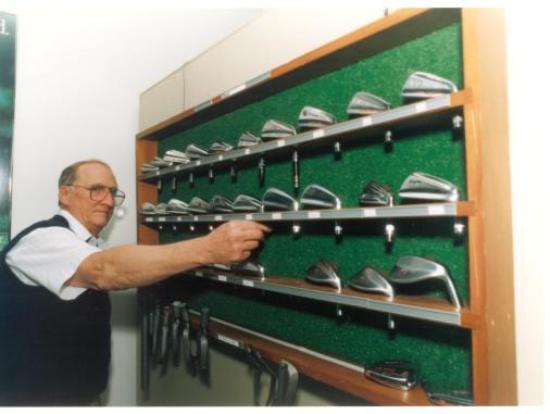 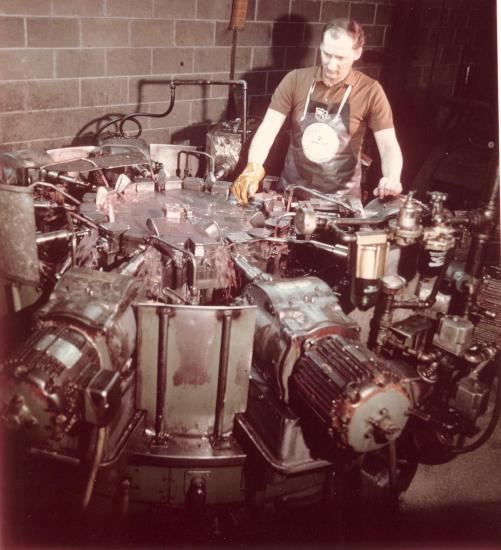 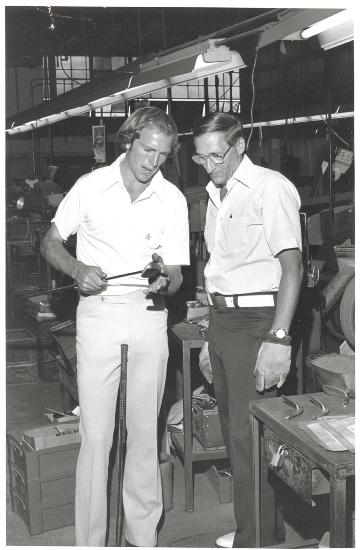 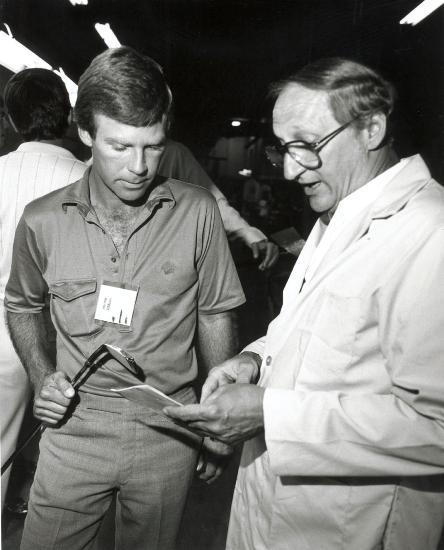 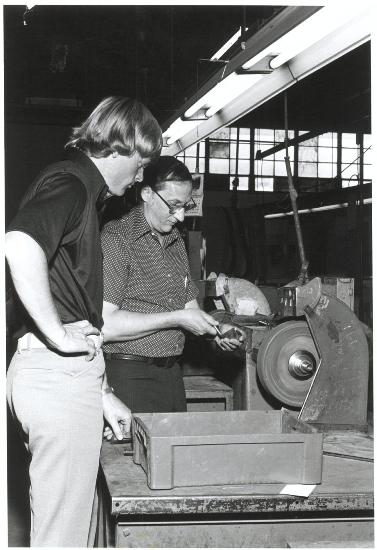 A native of northwest Chicago, Robert Mendralla Sr. joined Wilson Sporting Goods in 1947. Of his 55 years at Wilson, he has spent the last 36 designing, constructing and customizing clubs for golfers. Bob's hands-on work ethic led to innovations that include the first plastic inserts for the back of irons, the first wood face inserts with clear windows and helped develop the first adjustable swing-weight features in Staff irons. Mendralla catered to not only the greats but is also well known and respected for his unselfishness in lending his time, energy and enthusiasm to the countless individuals who sought his advice. In 1997, after 50 years with Wilson Sporting Goods, the company introduced the RM Signature Series Irons in recognition of his lifetime service and dedication to the company and craft. In Spring 2003, his peers honored him when he was inducted into the Professional ClubMakers' Society Hall of Fame.