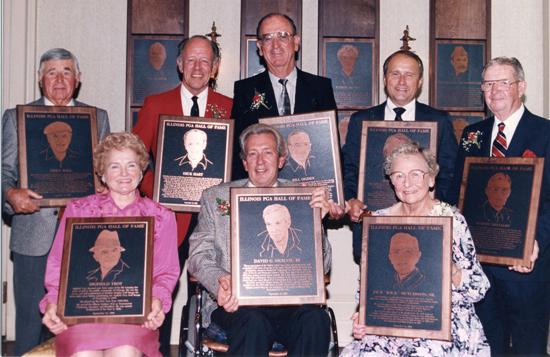 Spinello is a prominent amateur whose tireless efforts and dedication to the game of golf contributed to the formulation of the Illinois Junior Golf Association in 1967. He was the IJGA's president for twenty years. It was during his tenure that Mike's foresight with Illinois junior golf programs produced many who are now touring professionals, club managers and PGA club professionals, and thousands who continue to enjoy their golf experiences from his programs. Upon retirement from the president's post, the IJGA awarded an annual scholarship to his alma mater, Northern Illinois University, where he is a member of that school's Hall of Fame. As an amateur player, Mike was the winner of the Midwest, Cook County, Tribune All Star, and the CDGA Junior Open Championship in 1957-1958.