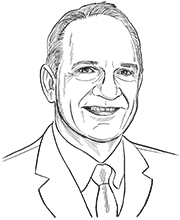 Jim Sobb, a Palatine native and two-time Division II All-America recipient at Western Illinois, has compiled one of the better playing records among current Illinois club professionals. He’s won three Illinois PGA Championships (1995-99-2000), and four Illinois Match Play titles (1990-93-95-2011). In the latter year, he also won the Illinois Senior Match Play, becoming the only player to sweep both match play crowns in the same year. Sobb won the player of the year title in 2000 and has won the senior player of the year title six times since 2007, including the past two years. He’s played in the Radix Cup 22 times, more than any other professional, and second only to Joel Hirsch’s 23 appearances, with a record of 13-5-4. A two-time winner of Illinois PGA professional of the year (1995-2000), he also collected the Bill Strausbaugh Award for service to his fellow pros in 2012.