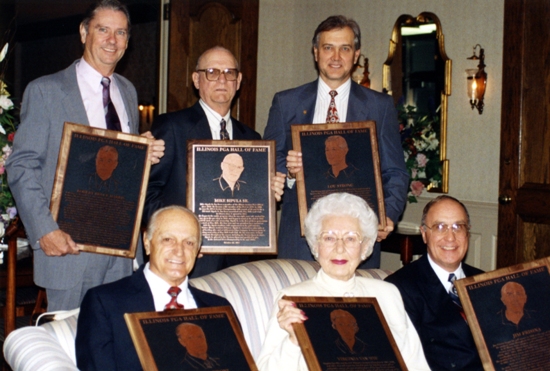 One of the state's greatest lifetime amateurs, Frisina began his golf career in 1930 at age 19. He competed in 25 straight Illinois State Amateur golf tournaments beginning in 1934, winning five times, was semifinalist three times, and advanced to the quarterfinals six times. He qualified for 13 U.S. Amateur Championships and was a quarterfinalist in 1951. He was third low amateur at the 1949 U.S. Open at Medinah. In 1952, Frisina received an invitation to play in the Masters and the World Championship. He won local tournaments 41 years apart, in 1931 in Taylorville and 1972 in Champaign. Frisina worked for his father, and later took over the family run business, a chain of theaters in Iowa, Missouri and Illinois and a hotel bearing the Frisina name, along with other real estate properties.