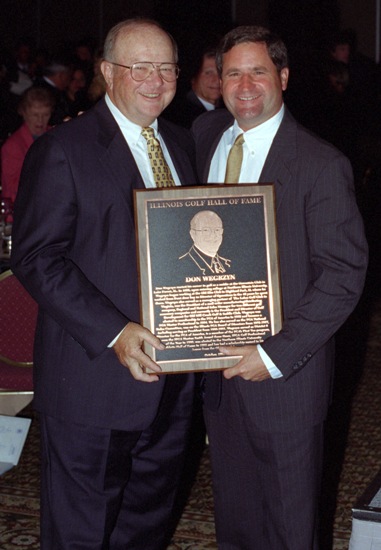 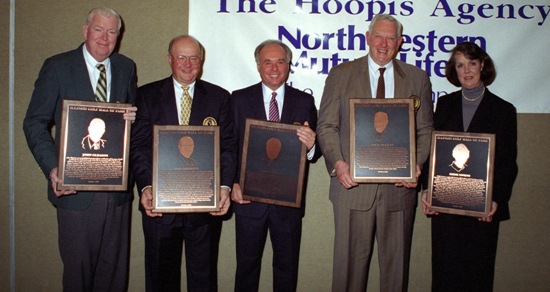 Wegrzyn started his career in golf as a caddie at the Onwentsia Club. In 1952, upon entering college at Northern Illinois, Wegrzyn began working at the Old Elm Club in where he advanced from front door boy to director of operations in the 46 years he spent there. Wegrzyn also served as a managing partner of The Lakes Golf Club in Virginia, and eventually the president and director of golf development for Old Mill Creek Golf Club. A PGA member since 1962, Wegrzyn became a PGA Master Professional in 1994. He has also served on the PGA National Rules Committee, was on the Illinois PGA board from 1972-1987, and president in 1980-81. Wegrzyn is a member of the PGA's First Tee Program, a three-time Horton Smith section award winner, was voted Illinois PGA Professional of the Year in 1980, was elected to the Northern Illinois University Athletic Hall of Fame in 1992 and has had a scholarship named in his honor from the Old Elm Club.