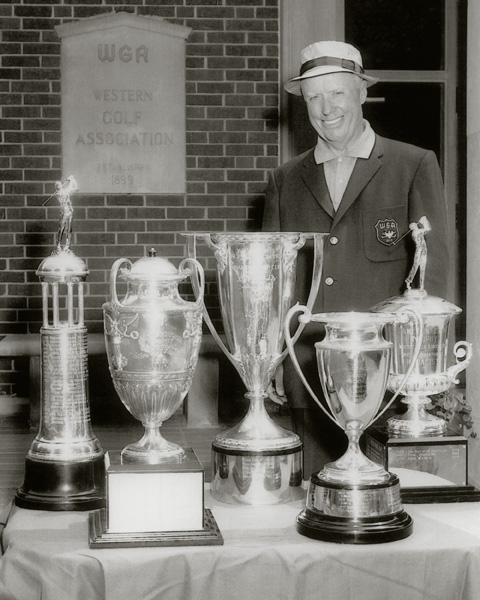 In his long career, amateur golf great Chick Evans earned 54 victories, including the 1916 U.S. Open and U. S. Amateur and the 1910 Western Open.

Evans was the outstanding amateur of his time, the first golfer to win the U.S. Open and U.S. Amateur championships in the same year - in 1916. Only Bobby Jones has done so since. Evans won a second U.S. Amateur in 1920, the Western Open in 1910 and the French Amateur in 1911. He also captured eight Western Amateur titles, including four in a row from 1920 to 1923. Chick's biggest contribution to the game, however, was his establishment of the caddie-scholar fund named in his honor. Since 1930, when two caddies enrolled at Northwestern, over 8,000 caddies, male and female, have graduated from universities in the Midwest and Pacific Northwest with the help of the Evans Scholarships.