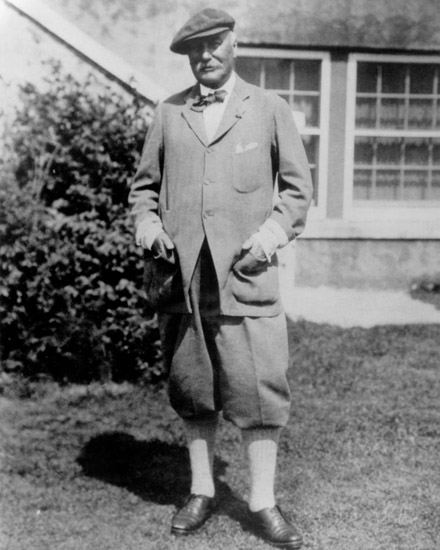 Macdonald, father of golf in the Midwest, was the driving force behind the creation of the United States Golf Association. In 1872, at the age of 16, Macdonald enrolled at University of St. Andrews. Introduced to the game by Old Tom Morris, he found golf to his liking. Upon his return to Chicago, he designed a course in a friend's backyard. In 1892, he founded Chicago Golf Club. A fine player, he won the first U.S. Amateur in 1895, a year after losing two so-called national championship matches. His complaint as to their status brought about the USGA's formation. A pioneering architect, he designed the first 18-hole course in America at Chicago Golf Club in Wheaton. He also designed the National Golf Links of America, Bermuda's Mid-Ocean Club, Yale University Golf Course and the Old White Course at the Greenbrier.