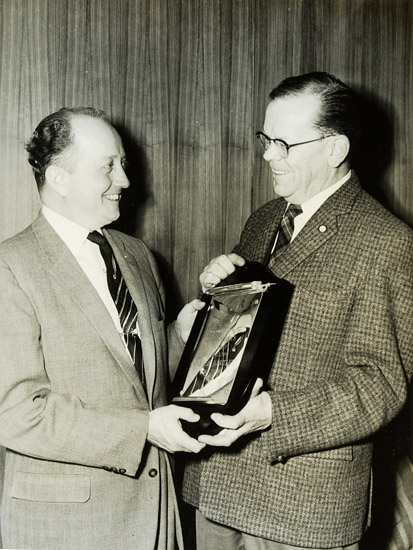 The press lounge at Augusta National is named the "Bartlett Lounge" in honor of Charles Bartlett.

Bartlett was golf editor of the Chicago Tribune for 36 years until his death in 1967 at the age of 62. His “The Locker Room” column was one of the best read pieces in the Sunday Tribune for years. One of the founders and the long-time secretary of the Golf Writers Association of America, he won many awards for his writing. An early booster of golf statistics, he was honored with the William D. Richardson award by the Golf Writers Association after his death. Bartlett was a friend and confidant of the great players of his day, including Ben Hogan, Sam Snead and Bobby Jones. The pressroom lounge at Augusta National Golf Club is named in his honor.